Anne Marie Frederiksen, consultant for the municipality of Aarhus with expertise in social innovation. Aarhus, being the second-largest city in Denmark, is one of a few Danish municipalities having carried out experiments handing out cash to welfare recipients with fewer strings attached. Personal autonomy and self-ownership have been the guiding principles and inspiration.

Annika Lillemets, Master of Science in Applied Physics and Electrical Engineering. Member of Parliament for the Green Party, Sweden, since 2010. Member of BIEN. Annika is advocating unconditional basic income in various ways, eg by writing motions to Parliament, demanding public investigations on how to introduce unconditional basic income in Sweden, including citizen’s dividend systems in line with the Alaskan Permanent Fund, and setting up pilot projects.

Bjarke Friborg, member of the Executive Commitee of the academic labour union Dansk Magisterforening. Concerns about the consequences of the shrinking welfare state and a growing precariat have led a few labour unions, and DM in particular, to consider alternative ways of securing their members. DM has publicly spoken in favour of improved conditions for workers with part-time or no contracts and an increased sense of solidarity between those who have a job and those who have trouble finding a foothold in the job market. 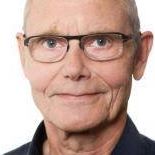 Finn Sørensen, Member of Parliament for The Red-Green Alliance (Enhedslisten). Spokesman on labour market and senior citizens from 2015. Member of the Employment Committee, the Health Committee, European Affairs Committee and Committee on Conditions in Greenland and the Faroe Islands Committee. Substitute Member of the Nordic Council and the Committee on the Danish Council of Ethics.

Guy Standing is a professor of Development Studies at the School of Oriental and African Studies (SOAS), University of London and former Director of the Socio‐Economic Security Programme of the International Labour Organisation . He is also a founding member and honorary co‐president of Basic Income Earth Network (BIEN). Guy has recently drawn much attention from books such as a the The Precariat: The New Dangerous Class and A Precariat Charter: From Denizens to Citizens. Less known, perhaps, is the fact that he has been the scientific advisor for basic income pilots in both Africa and India, the outcome of which he has discussed in numerous books and articles.

Karl Widerquist is an Associate Professor at SFS-Qatar, Georgetown University, specializing in political philosophy. His research is mostly in the area of distributive justice—the ethics of who has what. He holds two doctorates—one in Political Theory from Oxford University and one in Economics from the City University of New York. Karl is also co-chair of Basic Income Earth Network and news editor of BI News. He is the author of the book Independence, Propertylessness, and Basic Income: A theory of freedom as the power to say no and several academic articles on basic income and related subjects.

Louise Haagh, DPhil in Politics from Oxford and Reader at the Department of Politics, University of York, is a world poverty, labour studies and social policy specialist working in the field of comparative labour market institutions, welfare regimes and the political economy of development. With her comparative work she is engaged in broader debates about problems of citizenship, economic equality and conceptions of liberty. She is also the editor of the academic journal Basic Income Studies and elected co-chair of the executive committee of Basic Income Earth Network.

Martin Jordö is a long-time activist for Basic Income and was the Swedish representative for the 2013 ECI petition. As a journalist and politician he regularly writes about Basic Income in the Swedish debate, mainly from an economic perspective. Martin is a member of the UBI working group for the Swedish feminist party Feministiskt Initiativ.

Nanna Kildal, Research Professor, affiliated to Uni Research Rokkan Centre, Bergen. Her main interest is comparative welfare state research, policy discourses and normative dimensions of welfare policies. More specifically, the research interest has been the interrelationship between welfare and work, the justification of welfare programs, the idea of a basic income, relations between rights and duties.

Nicole Teke is the International Coordinator of the French Movement for a Basic Income and secretary to the organisation Unconditional Basic Income Europe (UBIE). She holds a Masters Degree in Economic and Social Development. Being an active member of the Human Rights association, France Amérique Latine, she is engaged in human rights issues with a particular focus on women’s rights and the alter-globalist movement. In the context of basic income pilots, she is following closely initiatives being taken at both regional and state levels in France to introduce some form of basic income while also working together with Unconditional Basic Income Europe towards a European-wide experiment.

Niels I. Meyer, former Professor of Physics at the Technical University of Denmark and co-author of the book “Revolt from the Center” that presented a Danish Citizen’s Salary or Unconditional Basic Income (UBI) proposal in 1978. This UBI concept was closely coupled to a proposed reform of the Danish labour market abolishing all non-voluntary unemployment by a general sharing of available jobs. This UBI version may be called a “UBI freedom version”. In recent years, the expected penetration of robots and new forms of computers are foreseen to eliminate a large number of traditional jobs. In order to find a practical and cheap solution to this situation, a new concept of UBI has been promoted. This may be called a “UBI parking lot version” in the sense that people will have their freedom, but still be “parked” outside the labour market. Niels Meyer will discuss the consequences of this dilemma between two different conceptions of UBI.

Olli Kangas, professor and director of community relations at the research department of Kela, the Social Insurance Institution of Finland. He is doing research on comparative welfare studies, institutional set-ups of welfare programs, political and structural factors behind the development of welfare states. He has also been appointed head of a working group consisting of representatives from a number of universities, think tanks and other institutions, that is intended to carry out studies on the basic income pilots that are subsidised by the Finnish government and scheduled to begin in 2017.

Thomas P. Boje is a professor in social science (welfare state and labour market) at the Department of Social Sciences, Roskilde University, Denmark. His research areas include topics such as the labour market, flexibility and diversity, inequality, objective and subjective life and work quality, paid vs unpaid work, the welfare state, citizenship and participation.

Uffe Elbæk, Member of Parliament for the Alternative and former Minister for Culture. Initiative-taker and political leader of The Alternative from 2013. Founder of the strategy company Change the Game and founder and former rector of the KaosPilots. Uffe has also worked as a journalist and columnist. 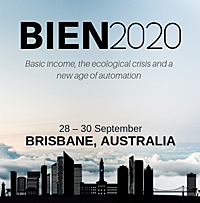